Hideaki Kase (加瀬英明) is a foreign affairs commentator and the director of Alliance for Truth about Comfort Women, a revisionist group. He also leads Society for Dissemination of Historical Fact and is a leader of Japan Conference. Kase was interviewed in a 2007 documentary film about Iris Chang, the author of “The Rape o Nanking,” in which he argued that Nanking massacre did not take place.

Kase is said to be the author of “Minikui Kankoku-jin (Ugly Koreans),” which was published under the name of a fictitious Korean journalist. The book glorified the Japanese colonial rule of Korean peninsula, criticizing Korean people for their faulty remembrance of history. Some of his books are published by the Happy Science.

Hiromi Edwards (エドワーズ博美) is a translator, language instructor, and a comfort women denier. Edwards is a former member of Shinsei Bukkyo (新生佛教), a conservative religious group affiliated with Japan Conference, serving as its translator as well as a writer for Nippon Jiji Hyouron (日本時事評論) published by Shinsei Bukkyo. Edwards, who is a Japanese woman married to an American, studied at Japanese campuses of American universities and teaches Japanese at the Iwakuni U.S. base in Japan.

Since leaving Shinsei Bukkyo, Edwards has participated in comfort women denial as a member of the first Alliance for Truth about Comfort Women Geneva Delegation (2014), the translator for Yumiko Yamamoto’s press conference at the Foreign Correspondents’ Club of Japan, and an attendant for Tony Marano during his visits to Japan.

Hiromichi Moteki (茂木弘道) is the secretary general of the Society for Dissemination of Historical Fact and a comfort women denier. He is also the owner of Sekai Shuppan, a publisher specializing in translating Japanese books to English, which aligns with Moteki’s and SDHF’s goal of translating Japanese historical denier literature such as Shudo Higashinakano’s The Nanking Massacre: Fact Versus Fiction, which Sekai Shuppan published in 2005.

Jason Morgan is a graduate of University of Wisconsin with Ph.D in modern Japanese legal history and a comfort women denier. While he was a research assistant at University of Wisconsin, Morgan made news by refusing to participate in diversity trainings required for all teaching assistants, arguing that they were discriminatory toward white people. He nonetheless received a Fulbright scholarship to study in Japan.

In Japanese right-wing publications, Morgan not just denies the history of comfort women, but goes so far as to claim that Japan was the righteous side in the WWII, which he characterizes as a war against the “communist” regime of President Franklin Roosevelt. He criticizes U.S. academia as far-left and unobjective, arguing that the Japanese academy is superior in its objectivity and respect for academic freedom.

Morgan is a 2016 fellow at Mises Institute, which “encourage[s] critical historical research, and stand[s] against political correctness.” He is also a fellow at the nationalist think tank Japan Forum for Strategic Studies (日本戦略研究フォーラム), which funded his effort to translate conservative historian Ikuhiko Hata’s book on comfort women for publication in the U.S.

In 2016 Morgan published a book in Japan titled “America ha naze nihon wo mikudasu noka? (Why does America look down on Japan?)” (アメリカはなぜ日本を見下すのか？間違いだらけの「対日歴史観」を正す) which challenges American historians’ view of Japan’s past. Soon after, he was appointed as an assistant professor of foreign languages at Reitaku University, which also boasts other conservative big names including Shiro Takahashi, Hidetsugu Yagi (Japan Education Rebirth Institute), Yoshihisa Komori (Sankei Shimbun), and others among its faculty.

In his ongoing campaign against American historians and other scholars, Morgan is known to file Freedom of Information Act requests to public universities that employ academics he dislikes in wild fishing expedition in search of incriminating emails. 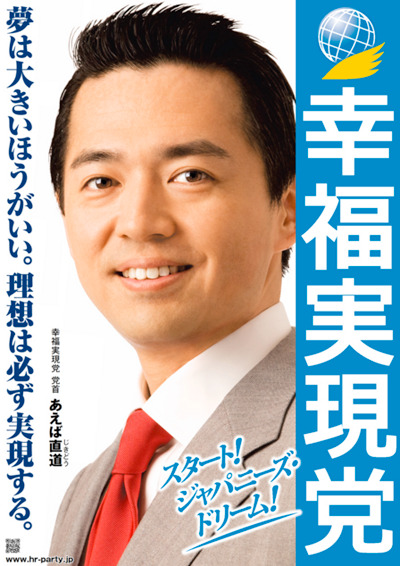 Kaoli Koyasu (子安香) is the founder of the New York City-based Japan Mahoroba Station (JMS) and a comfort women denier. She has spoken at various comfort women denier events, including Texas Night in NYC (2015) and the Nadeshiko Action panel at the UN Commission on the Status of Women NGO Parallel Events (2016).

Koyasu is also a member of the U.S. branch of Texas Daddy Japan Secretariat.

Keiko Kawasoe (河添恵子) is a self-described “non-fiction writer” and a comfort women denier.

In the same book, Kawasoe warns readers of an “Illuminati conspiracy” aimed at turning Japan into a “gender-free communist state.”

Kawasoe has also provided a promotional blurb for a fake “spiritual interview” book published by Happy Science on “The Rape of Nanking” author Iris Chang in which Chang’s “spirit” confesses to fabricating historical accounts of Japanese military atrocities in Nanking to defame Japan.

In March 2018, Kawasoe joined Global Alliance for Historical Truth’s panel titled “The Role of Women in Japan” during the 2018 United Nations Commission on the Status of Women NGO Parallel Events in New York. While there, she also gave a talk at another event organized by GAHT and New York Historical Issues Study Group for Japanese audience.

Kent Gilbert is a former Mormon missionary and California lawyer turned television personality in Japan. Gilbert was a popular figure in Japanese TV variety shows during the 1980s, but in recent years became a mouthpiece for the Japanese far-right nationalism. Gilbert authored many books in the past few years in defense of Japanese nationalism, militarization, and historical record (i.e. war crime denial), including those co-written with fellow American Tony Marano.

Kiminobu Kimura (木村公宣) was the New York chapter director of Happy Science. As a representative of the non-existant front group “Society to Promote Correct Historical Views,” Kimura was one of the main speakers in Texas Night in NYC (2015), a comfort women denier event.