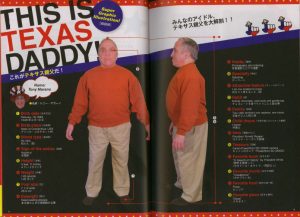 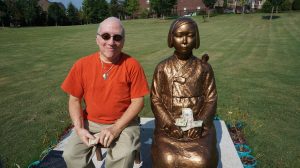 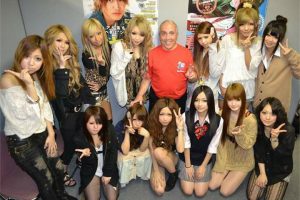 Toshie Marinov (マリノフ利江) is a Japanese woman from Ibaraki living in Toronto, Canada and a comfort women denier. Along with her husband Miroslav Marinov and fellow Toronto Seiron member Sharon Isac, she spearheads Japanese war crime denial in Toronto.

Marinov has been active in Japanese right-wing circles for a long time, with online commentaries dating back to at least 2011 and published articles in right-wing publications in more recent time. In addition, she translated her husband Miroslav’s article to Japanese, and Japanese right-wing activists’ speech at the United Nations to English.

Toshiko Hasumi (蓮見都志子) is an illustrator/cartoonist and a comfort women denier. She has drawn cartoons for the Texas Daddy Japan Secretariat and the right-wing magazine JAPANISM founded by Kohyu Nishimura.

In September 2015 her illustration depicting Syrian refugees as “fake” refugees seeking economic opportunities was met with international condemnation. In response, Hasumi stated that the cartoon was intended to criticize only the “fake” refugees and not the real ones, arguing that Japan has received far too many “fake” Korean refugees during the Korean War resulting in the persecution of Japanese nationals by the Koreans in Japan. Her message echoes those from Zaitokukai and other anti-Korean hate groups.

The collection of her political cartoons was published in December 2015 by Seirindo, the publisher of JAPANISM and other far-right publications. Texas Daddy Japan Secretariat and its director Shunichi Fujiki are credited with editorial assistance.

Hasumi accompanied Fujiki in September 2016 to Geneva, Switzerland as part of the Alliance for Truth about Comfort Women Geneva Delegation (September 2016) to attend the United Nations Human Rights Council.

Hasumi is identified as the President of the Society of Japanese Nationals in Canada to Protect Japan’s Honour (日本の名誉を護る在カナダ邦人の会) in petitions protesting various events or public acknowledgement of comfort women across Canada, although her connection to Canada is unclear.