Comfort Women Not “Sex Slaves”: Rectifying the Myriad of Perspectives is a 2015 self-published book by Koichi Mera of the Global Alliance for Historical Truth. The book contains typical comfort women denier arguments that have been debunked decades ago.

The first volume published in 2015 follows the main character, a middle school girl, who encounters an anti-Korean demonstration and “discovers” the “truth” that the mainstream media hide about the oppression of Japanese people by the Korean minority. The anti-Korean demonstration Tomita depicts are similar to those organized by Zaitokukai in reality, and many counter-demonstrators who protest them are also said to be based on real anti-fascist activists.

The second volume, published in 2016, explores yet another “hidden truth” of the comfort women issue. The chapter opens with a former classmate of the main character who had moved to Southern California discussing violent hate crimes and bullying that she is experiencing as a result of the construction of a comfort women memorial in Glendale. The storyline is based on the thoroughly debunked false claim of rampant bullying against Japanese children in that city.

The English translation of the second volume was also released as a self-published ebook on Amazon Kindle platform under the title “The Girls trying to bring about National pride 2.” The English version contains a special introduction titled “For Non-Japanese Readers” which declares “Japan’s nearby neighbors, China and Korea, have a habit of taking fiction and calling it history in order to make themselves look better.”

JAPAN Forward is an English language news and opinion site operated by Sankei Shimbun through JAPAN Forward Association Inc. (一般社団法人ジャパンフォワード推進機構). It publishes articles translated from Sankei’s Japanese publications, including Sankei Shimbun and Seiron, including many on issues of history and national security.

JAPANISM (ジャパニズム) is a bimonthly magazine published by Seirindo. Founded by conservative journalist Kohyu Nishimura, JAPANISM prominently features writings of far-right nationalist commentators, many of whom are comfort women deniers.

JAPANISM is home to the right-wing manga (comic series) Hinomaru Gaisen Otome (日之丸街宣女子) by Akiko Tomita (富田安紀子) which glorifies anti-Korean hate groups and propagates a thoroughly debunked claim that the establishment of a comfort women memorial in Glendale, California have led to widespread bullying against Japanese children. 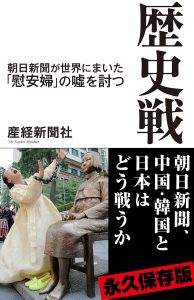 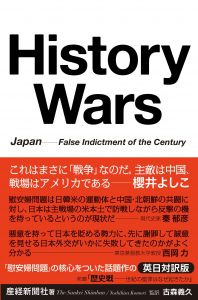 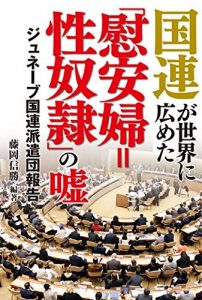