Society for Dissemination of Historical Fact (SDHF, 史実を世界に発信する会) is a Japanese nationalist group that exists to publish English translations of Japanese revisionist materials on the internet and to send those materials to opinion leaders in politics and academia in the United States (without their consent).

In addition, many prominent members of Japan’s conservative establishment, mostly those affiliated with Japan Conference, are listed as board members and advisors. 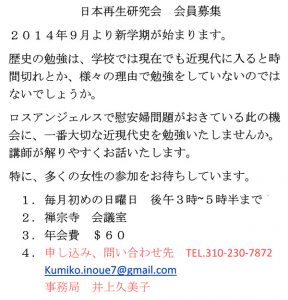